Joe Nicholson is a double Gator with a Bachelor’s Degree in Recreation, Parks, and Tourism and a Master’s Degree in Digital Arts and Sciences. His career in production has ranged from concerts and festivals, to corporate events and feature films. With 28 years in the industry, he brings his real world experience as a Producer to every project. Away from the office, Joe can be found enjoying life with family and friends. From brewing to canoeing, he is always looking for the next adventure.

“When you are content to be simply yourself and don’t compare or compete, everyone will respect you.”
– Lao Tzu, Tao Te Ching

John Houder earned a degree in journalism from the University of Colorado, and then someone told him print was dead. Since then, he’s been focusing on digital media, including web development, graphic design, and video production. At Creative Works, he helps bring clients’ goals to fruition by finding artful solutions to complex problems. When he’s not sitting in front of a screen, he’s spending time outdoors, in his wood shop, or with his family.

“I am making this look easy, but it can be quite difficult.”
– Paul Sellers

Mary Beth is a producer and director with experience molded from a background of commercial, corporate, motion picture, documentary, educational, and nonprofit productions. A graduate of the University of Florida, she celebrates over 36 successful years in the video industry, creating videos alongside her husband, DJ. She loves working with the young, talented team of multimedia superstars at Creative Works and helping each person continue to learn, grow their skill sets and become the best in their field. By far her finest productions have been her four children, who grew up in Gainesville and attended the University of Florida.

“It’s not what you know that is most important, but what you don’t know.”
– Unknown 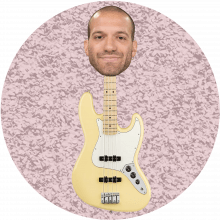 Nick Mendez graduated as part of the University of Florida’s Film and Media Studies program. Afterward, he immediately relocated to New York City, working for more than three years in documentary post-production and then television operations. But that’s over with.  He’s happily back in Gainesville for the immediate future, even though he misses the sound of the subway outside his apartment window. If he’s air guitarring while you’re chatting, don’t worry: he’s still listening to you.

“If you’ve got it, flaunt it!”
– Alice Smith Mendez, Nick’s mother

Colleen Davis is proud to be a Florida Gator and holds a Bachelor of Science in Business Administration – Marketing as well as a Graduate Certificate in Aquaculture & Fish Health from UF. She works to grow the Gator Nation worldwide by connecting audiences with content that resonates and empowering them to further their education with UF programs. Outside of work she competes in powerlifting and attends a decent amount of emo and pop-punk shows.

“Whatever It Takes”
– Degrassi

Maxine Worthy (she/her) is a graduate of St. John’s College New Mexico and the Sequential Artists Workshop. She was drawn to marketing because it combines technical knowledge with storytelling, psychology, and strategy. Outside of work, she enjoys photography, making zines, and painting.

Sarah (she/her) graduated from the University of Florida with her BA in English. During her time at UF she got to do what she loves most: read novels, drink espresso, and write papers attempting to discuss not so new themes in “new” and “eye-opening” ways. Prior to Creative Works, she wrote for two magazines and worked for a social media & branding company. Catch Sarah supporting local Gainesville businesses when she’s not at home binge-watching her shows.

“I don’t appreciate your lack of sarcasm.”
– Louise Belcher

Tamara is a film maker and video editor currently living in High Springs, Florida. She has a BAS in Multimedia and Video Production from Santa Fe College and a BAS in Animal Science from the University of Florida. Tamara enjoys creating educational and commercial videos for clients, and making horror films. She has a passion for animal advocacy, Gator sports, and zombies.

“It is our choices that show who we really are, far more than our abilities.”
– JK Rowling 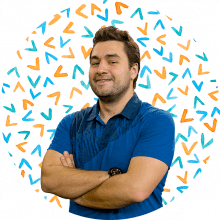 Matthew is a photographer and filmmaker native to Gainesville, Florida. He is currently finishing his BAS in Multimedia and Video Production at Santa Fe College. Matthew enjoys creating commercial work for clients and providing media support for non-profit organizations. He has a passion for photography, capturing images that evoke emotion and feeling, and loves telling stories through cinematography.

“Mornings are for coffee and contemplation.”
– Jim Hopper

Zach is a graduate from the University of Florida and has a BS in Telecommunications-Production. He relocated to Atlanta where he worked as a live stream specialist for high school sporting events. Zach is now back in Gainesville working as a studio coordinator, among other things, at Creative Works. When he’s not working, he’s either practicing trombone or hanging out at a local show.

Lexi (they/she) graduated from the University of Florida with a BA in Digital Arts and Sciences. They specialize in all things game design- environment art and character sprites are their current jam. They wish to someday join the games industry and eventually start their own production studio. When they’re not thinking about, making art for, or playing video games, they’re usually rollerblading or trying to befriend stray cats.

“Sometimes the easiest solution is the last thing on your mind.”
– Charlie Guzman

Jesse enjoys editing videos and getting involved in many other production processes. He is also a 3D and visual effects artist at heart and is obsessed with learning and developing new skills. When he is not working, Jesse is either spending time with his family, or creating 3D oneshot animations and Super Satisfying loops. Other interests include music production and sound design.

“Seek balance in all things.”
–Jesse

Eris (they/them) is a writer and filmmaker pursuing a Bachelor’s degree in Telecommunication at the University of Florida. They love the inherent attention to detail that editing digital media requires and they are passionate about making education and art accessible to anyone seeking them. When they’re not working, Eris can usually be found practicing or performing comedy or writing their next short story or film. Other interests include cats, random Wikipedia articles, and movies.

“Our capacity for love increases with each person we cross paths with throughout our lives, and with each moment we spend with those people.”
– Griffin McElroy

Alex is a Senior at the University of Florida pursuing a BFA in Art. His primary fields of study include drawing, painting, video production/editing, and AI-assisted art. During his early career, he has worked on event shoots, concerts, social media content, video editing, and film editing. He picks up new skills quickly; unfortunately, he has still not learned how to socialize. Beware. 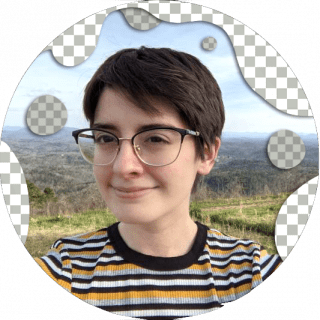 Rosa Cortez is an animator specializing in After Effects, having earned their BA in Digital Arts and Sciences from the University of Florida. Though motion design is their current interest, they are no stranger to picking up new mediums for creative projects. So far they have used 2D animation, game design, webcomics, and music as avenues for their storytelling schemes. When not working on art, Rosa likes to cook new recipes.

“Dude, sucking at something is the first step towards being sorta good at something.”
– Jake the Dog

Alyssa Pearson (she/her), or Allie for short, is a UF alumni with a Bachelor’s in Digital Arts and Sciences with a passion for 3D animation. Like the indecisive Libra she is, she also snagged a certificate in Graphic Design and a minor in Computer Science. Her main experience is in graphic and motion design positions (including here at UF Creative Works and previous positions at UF), but she hopes to one day make animations for films or games. Her personal philosophy is to connect with the human race through storytelling, accessible design, and imagination. When she’s not at work, she’s either sketching or painting, watching the latest anime, playing a video game or board game with friends, or trying a new restaurant.

“When you reach the end of your rope, tie a knot in it and hang on!”
– Franklin D. Roosevelt

Alexander Sarrain holds a Bachelor of Fine Arts in Computer Animations from the Miami International University of Art & Design. He specializes in 2D animation and illustration. He enjoys creating illustrations, webcomics, and animations in his free time, finding new ways to branch out and make use of his skills in creative ways to tell stories. Other interests include competitive card games, solving puzzles, and following professional sumo.

“I thought sharks were my friends! But I know better now.”
– Professor Membrane (Invader Zim)

James got his Bachelor of Science in Video Production from the University of Florida. Shortly after graduating, he found himself working in the news side of production at WCJB TV20 News as their morning newscast director. Now, he’s applying all his expertise as a Production Specialist and Project lead for Creative Works. When he’s not thinking about work, you’ll find him at one of Florida’s theme parks or playing video games at home. 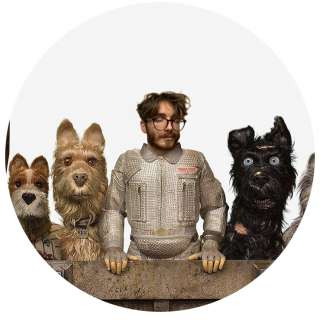 Evan is a filmmaker and writer from Gainesville, FL currently attending Santa Fe majoring in film studies. He’s a “jack of all trades,” if you will, having commercial and freelance experience in videography and production. He’s also been known to make a “mean cup of joe.” In his free time, Evan loves to write scripts, binge movies, and nonchalantly quote It’s Always Sunny in Philadelphia. After he receives his degree, Evan plans on moving to the West Coast to pursue his aspiration of writing and directing feature films. His best quality is his adaptability.